Then the LORD spoke to Job out of the storm. He said: “Who is this that obscures my plans with words without knowledge?”
Job 38:1,2

Everything for Your Good

The event was sold out. The featured speaker was a prominent British writer of television dramas and children’s literature. When a woman by the name of Malorie Blackman tried to get in, the ticket-takers at the door stopped her cold. “Do you have a ticket?” they demanded, with a nasty edge in their voices. “No, I’m afraid I don’t.” “Then you’ll have to leave. It’s sold out. You can’t come in.”

Malorie thought for a moment about this. Then she replied, “Well, if I leave, then so will everyone else. You see, they’ve all paid to hear me speak.” Immediately, according to Malorie, every ticket-taker there was wearing a red face of embarrassment. They simply had no idea to whom they were speaking.

The Old Testament book of Job is the moving account of what happened when a believer in the true God had to endure a titanic amount of severe suffering. Eventually, Job began to question God’s wisdom.

God’s reply? “Who is this that obscures my plans with words without knowledge?” God made it very clear to Job that Job was out of his depth when it came to challenging God and his wisdom. Job was beginning to lose sight of who his Savior-God really is.

How about you? Is this a period in your life when you’re beginning to forget who your Savior-God really is? Do you perceive him as distant, small, uncaring—perhaps even a bit irrelevant to the frantic urgencies of your life?

Prayer:
Heavenly Father, forgive my words without knowledge. Forgive me for the sake of your Son. Refresh me in the greatness of who you truly are. Amen.

Daily Devotions are brought to you by WELS and www.WhatAboutJesus.com.
This work is licensed under a Creative Commons Attribution-Noncommercial-No Derivative Works 3.0 United States License.
All Scripture quotations, unless otherwise indicated, are taken from the Holy Bible, New International Version®, NIV®. Copyright ©1973, 1978, 1984, 2011 by Biblica, Inc.

Used by permission of Zondervan. All rights reserved worldwide. 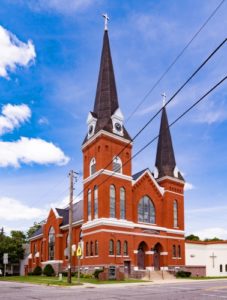